ON THE ROAD TO DRUG ABUSE 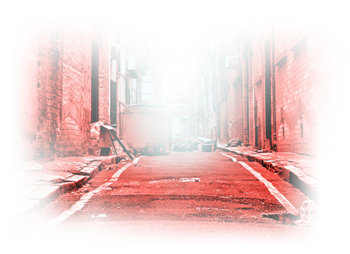 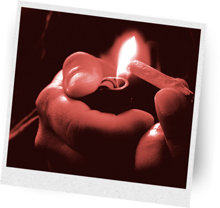 A recreational user takes marijuana for the effect it creates and the high or buzz they want to get from it. Continued use builds up tolerance and can lead users to consume stronger drugs to achieve the same high. When the effects start to wear off, the person may turn to more potent drugs to rid himself of the unwanted conditions that caused him to take marijuana in the first place. Marijuana itself does not lead the person to the other drugs.

People take drugs to get rid of unwanted situations or feelings. Marijuana masks the problem for a time (while the user is high). When the “high” fades, the problem, unwanted condition or situation returns more intensely than before. The user may then turn to stronger drugs since marijuana no longer “works.”

There is also the fact that marijuana users commonly group together at parties or just hang out to share it with others. Then when someone adds a new drug to that group, it is part of the group mentality for everyone to join in with that new and potentially addictive drug.

The vast majority of cocaine users (90%) began by first using a drug like marijuana, cigarettes or alcohol.34 Of course, not everyone who smokes marijuana and hashish goes on to use harder drugs. Some never do. Others quit using marijuana altogether. But some do. One study found that youth (12 to 17 years old) who use marijuana are 85 times more likely to use cocaine than kids who do not use weed, and that 60% of the kids who smoke weed before the age of 15 move on to cocaine.35

“I was given my first joint in the playground of my school. I’m a heroin addict now, and I’ve just finished my eighth treatment for drug addiction.”— Christian