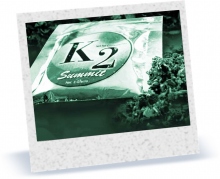 In 2010, the U.S. Drug Enforcement Administration used emergency powers to control these chemicals, and in 2012 a law was passed banning the substances found in synthetic marijuana.

Underground chemists then developed new experimental drugs, UR-144 and XLR11, that mimic the effects of marijuana, to replace those that had been banned. In 2013, UR-144 and XLR11 were made illegal, but by that time a new generation of synthetic marijuana had surfaced. The point is not whether these drugs are illegal. Studies show they are toxic and unsafe.

There are more than a hundred different varieties of synthetic “marijuana” that have been created so far. Because the chemical content is constantly changing, buyers never know what effects the drugs will have on the body.6